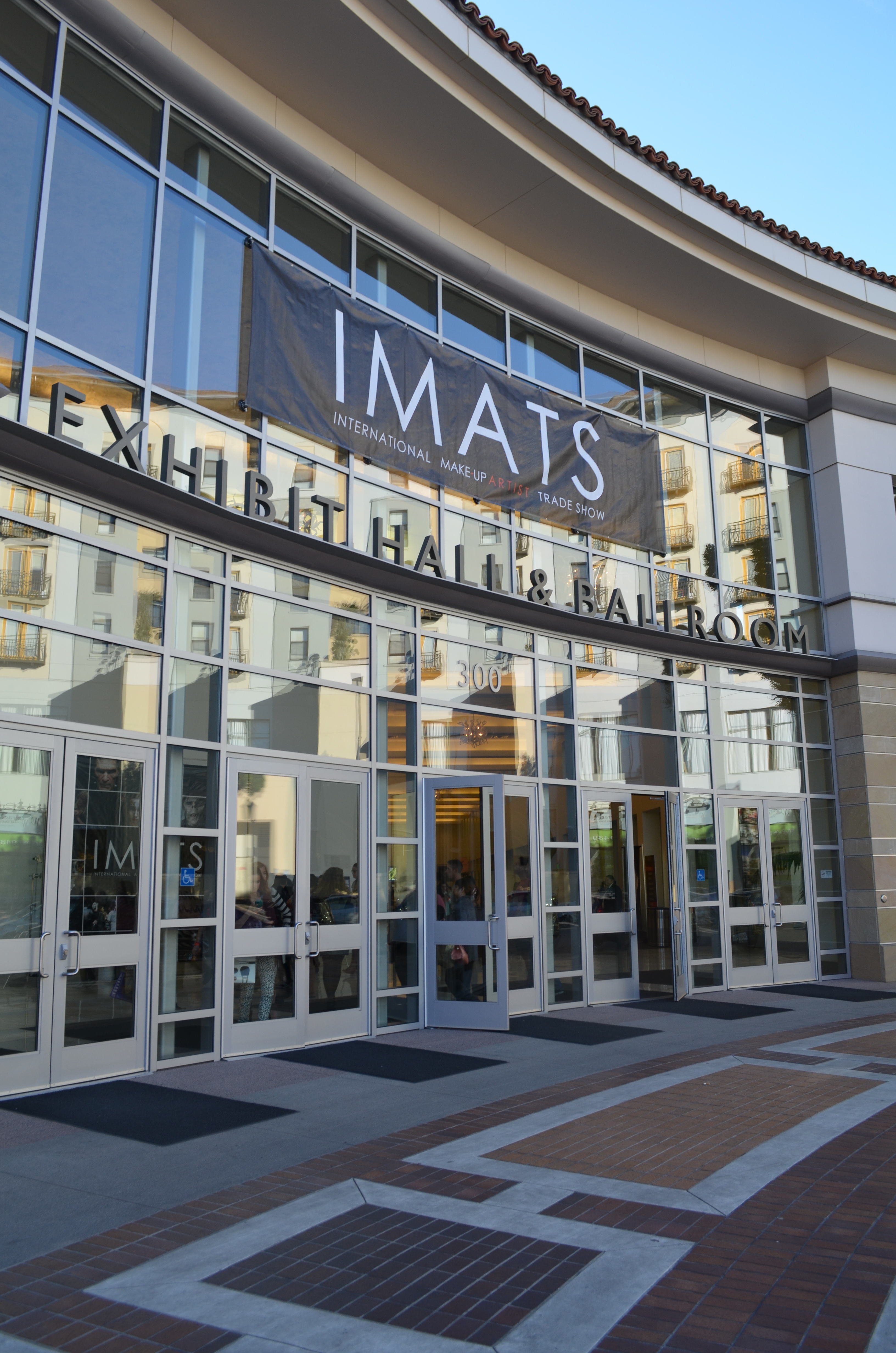 Coinciding with the fabulous 100th issue of Makeup Artist Magazine, industry leaders and artists from around the globe flocked to the International Makeup Artist Trade Show, the mother of all makeup conventions. The show, produced by the mag annually in 6 different venues worldwide, had been on my beauty bucket list for quite some time, so I’m ecstatic that I was finally able to experience it. After months of planning (facilitated by the awesome IMATS interactive app) I ventured out to Los Angeles over the weekend to soak it all in.

It was total sensory overload from the moment I stepped inside the Pasadena Convention Center. Giant flying monkeys, fantasy makeup models on stilts, chiseled dudes covered in body paint – you name it, it was walking around. And it was beautiful.

The talent level in the room was insane. Top notch speakers, demonstrators and exhibitors were totally accessible, on hand to answer questions and share insight from their successful careers. 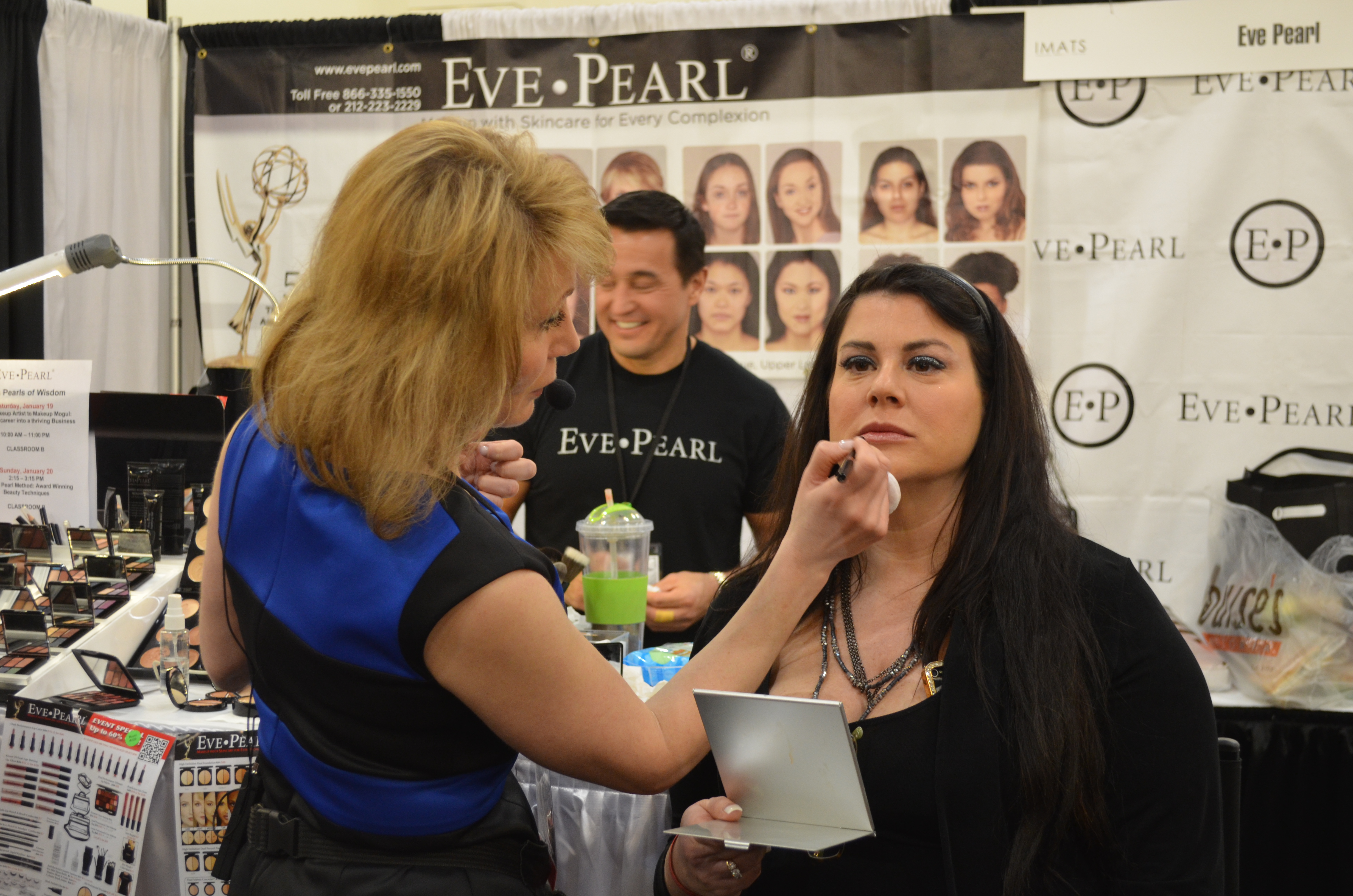 On the exhibit floor, five time Emmy Award winning makeup artist Eve Pearl demonstrated tips and techniques using her signature line of cosmetics. I’m still kicking myself for not hopping in her chair!

Eve was showcasing a look using her Flawless Face Palette which I absolutely adore. The handy palette includes all you need to create glowing complexion – her lightweight cream foundations in two shades (for creating depth), a mattifier and an illuminator to alter the finish of the makeup, two shades of cream concealers for color correction, and a coordinating shade of cream blush. Love. 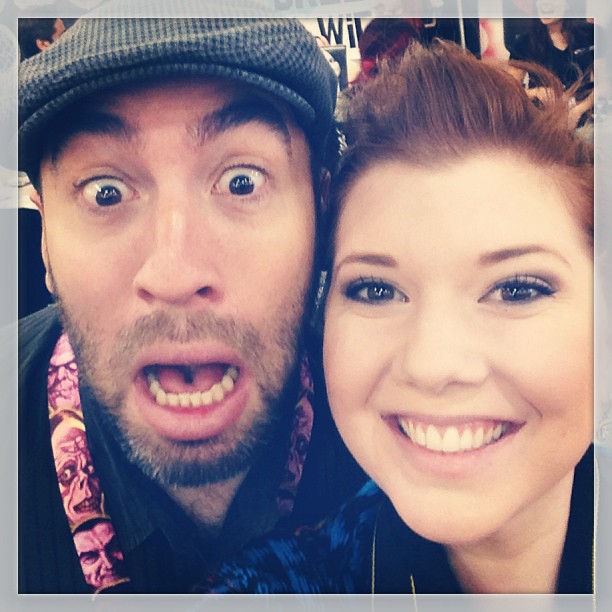 Other exhibitors offered live demonstrations including the Crown Brush booth, which featured demos by cast members from seasons 1-4 of the popular SyFy makeup reality show, Face Off. (There I am to the left with artist/goofball Frank Ippolito of Season 1). 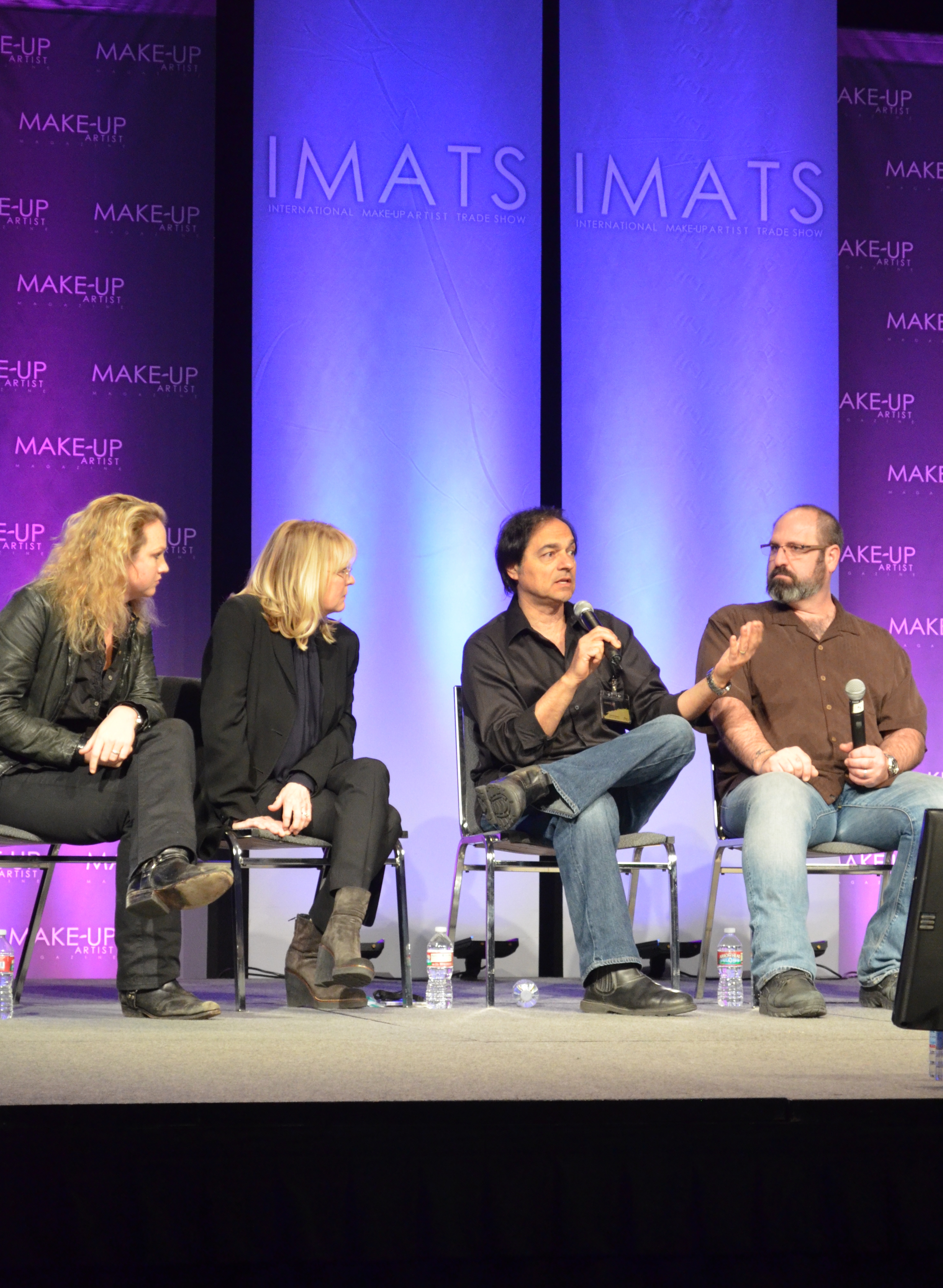 The RED Camera Panel included Ted Schilowitz, co-founder of RED Digital Camera, as well as highly successful makeup artists Howard Berger, Peter Montagna, Tami Lane, and Vivian Baker. Both Howard and Peter are currently nominated for Academy Awards for their work on Hitchcock and Tami is in the running for The Hobbit.

Ted presented several movie trailers to illustrate the difference in the look of films shot in 4K (like The Girl With the Dragon Tattoo) vs. those shot with the latest and greatest RED camera technology such as the Epic which utilizes a 5K sensor (The Great Gatsby, Hitchcock, Oz the Great and Powerful). The artists on the panel discussed the makeup related speed bumps involved with such state of the art technology and also shared behind the scenes photos from their films (including some never before seen shots of Oz that Howard sold his soul to Disney to get). I was drooling.

MAC Makeup Director Gregory Arlt’s Red Carpet Beauty demo was also a ton of fun. He was so personable and knowledgeable – it was extremely evident why he is the director of one of the most popular (if not the most popular) mainstream makeup companies. I love how free and open he was with detailing the exact products and shades he uses for certain looks. (Keep an eye out for my more in depth post detailing Gregory’s tips and tricks and the formulas he uses on certain celebrities!) 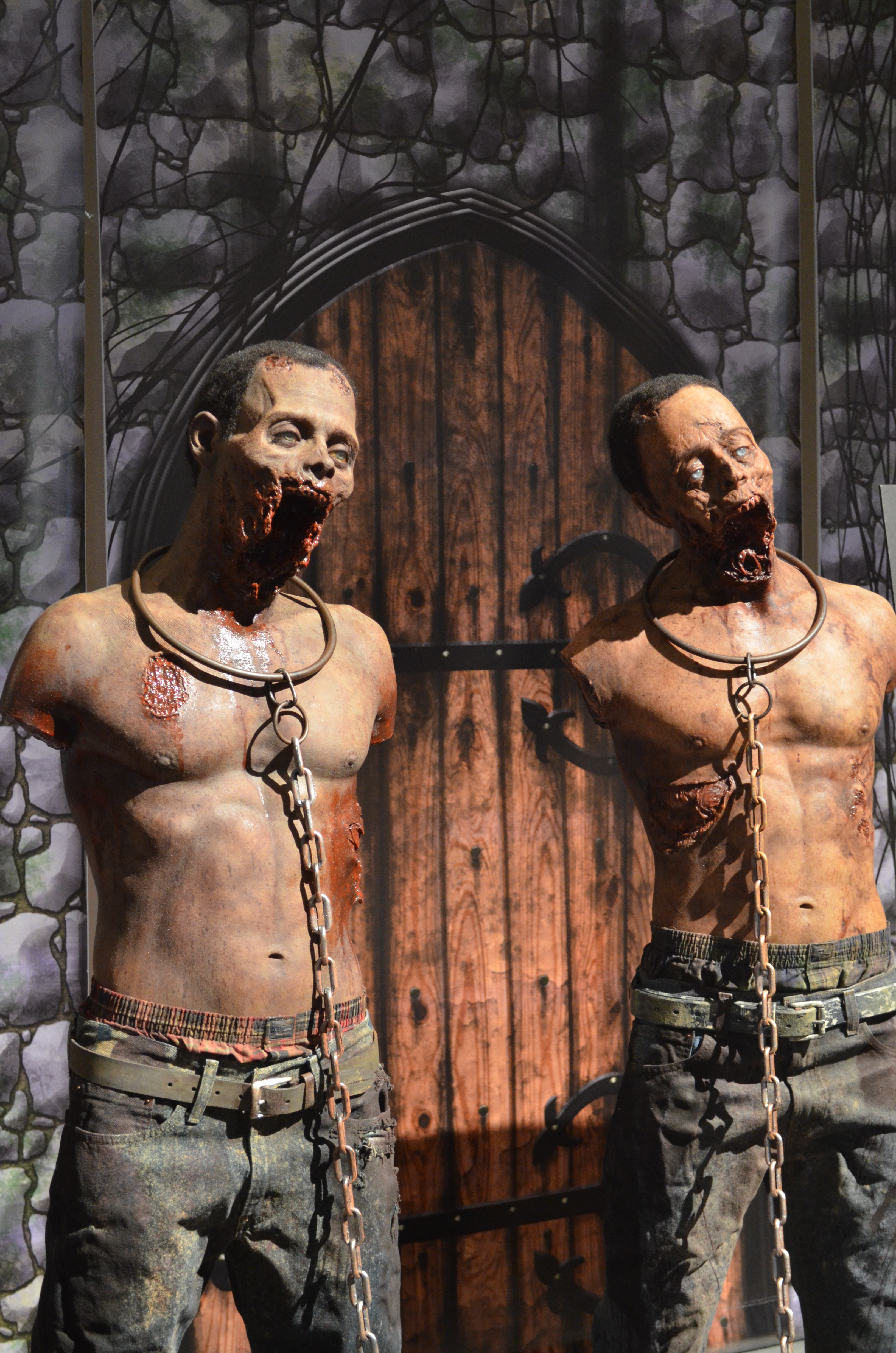 Another show highlight was the makeup museum. Greeting artists at the entrance were Michonne’s iconic jawless pets from The Walking Dead (by KNB EFX, a company created by the aforementioned Howard Berger and the equally awesome Greg Nicotero). The aisles were lined with monster magic and expertly crafted prosthetic pieces from some of my favorite films… which may or may not include Tenacious D in the Pick of Destiny. Lighten up critics, Dave Grohl rocking out as the devil was classic cinematic entertainment. 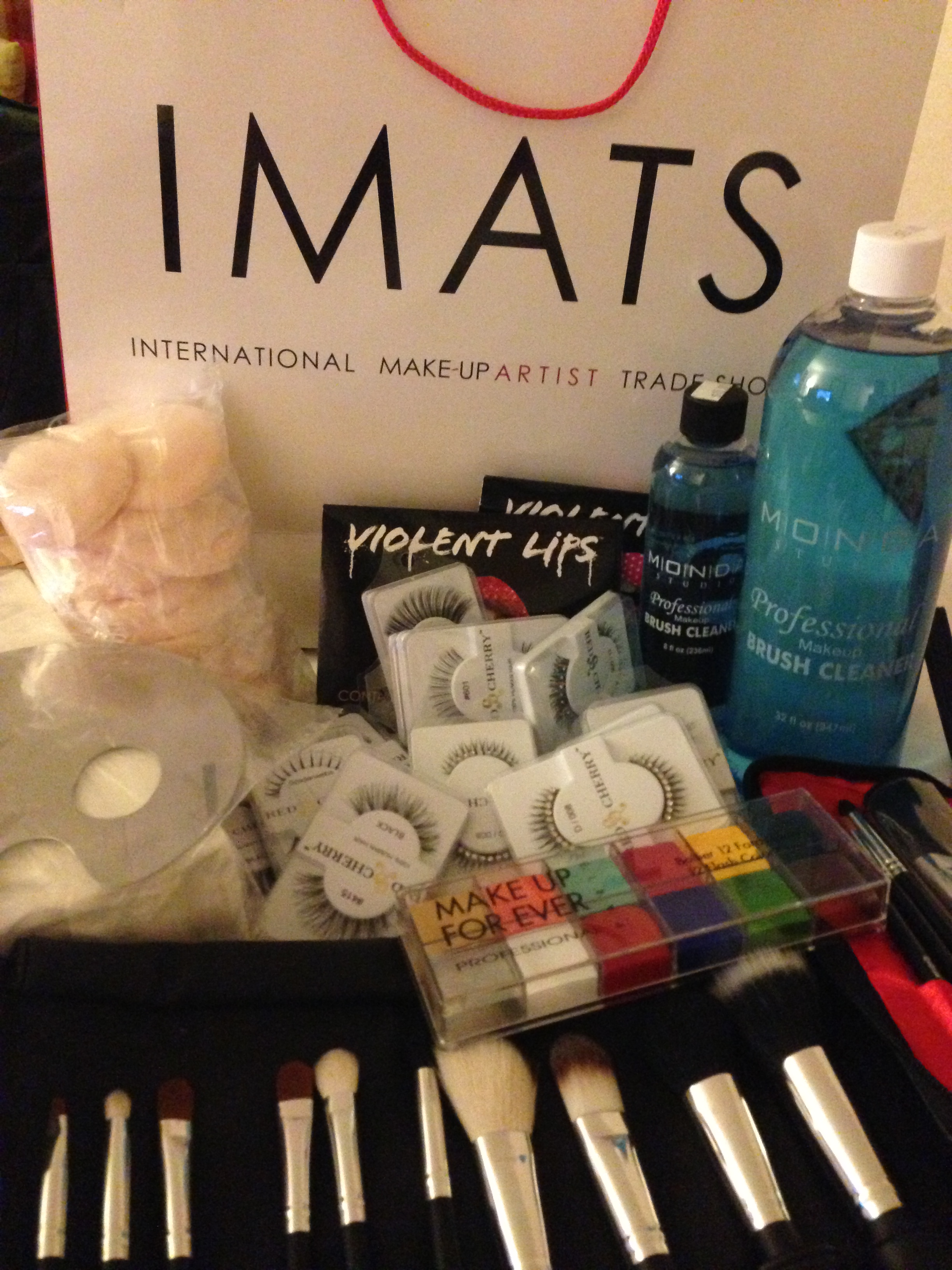 And then, of course, there was the shopping. Ooooh, the shopping! Brands drastically dropped their regular retail prices and some offered killer additional discounts for pros (thank you, Nigel’s Beauty Emporium!) in addition to the awesome show specials. I stocked up on the essentials and also snagged the Makeup Forever Flash Palette for like 40 bucks. Score!

It was an incredible experience… and I definitely had a tough time packing up and leaving beautiful Pasadena. My only regret is not taking more classes. Oh well, I’ll just have to make up for that at IMATS New York 😉

Head over to Facebook to see my gallery of IMATS photos. And stay tuned to Martinis and Mascara for my upcoming Salon Spy reviews of all of the treatments and services I received in LA while in town for the show!