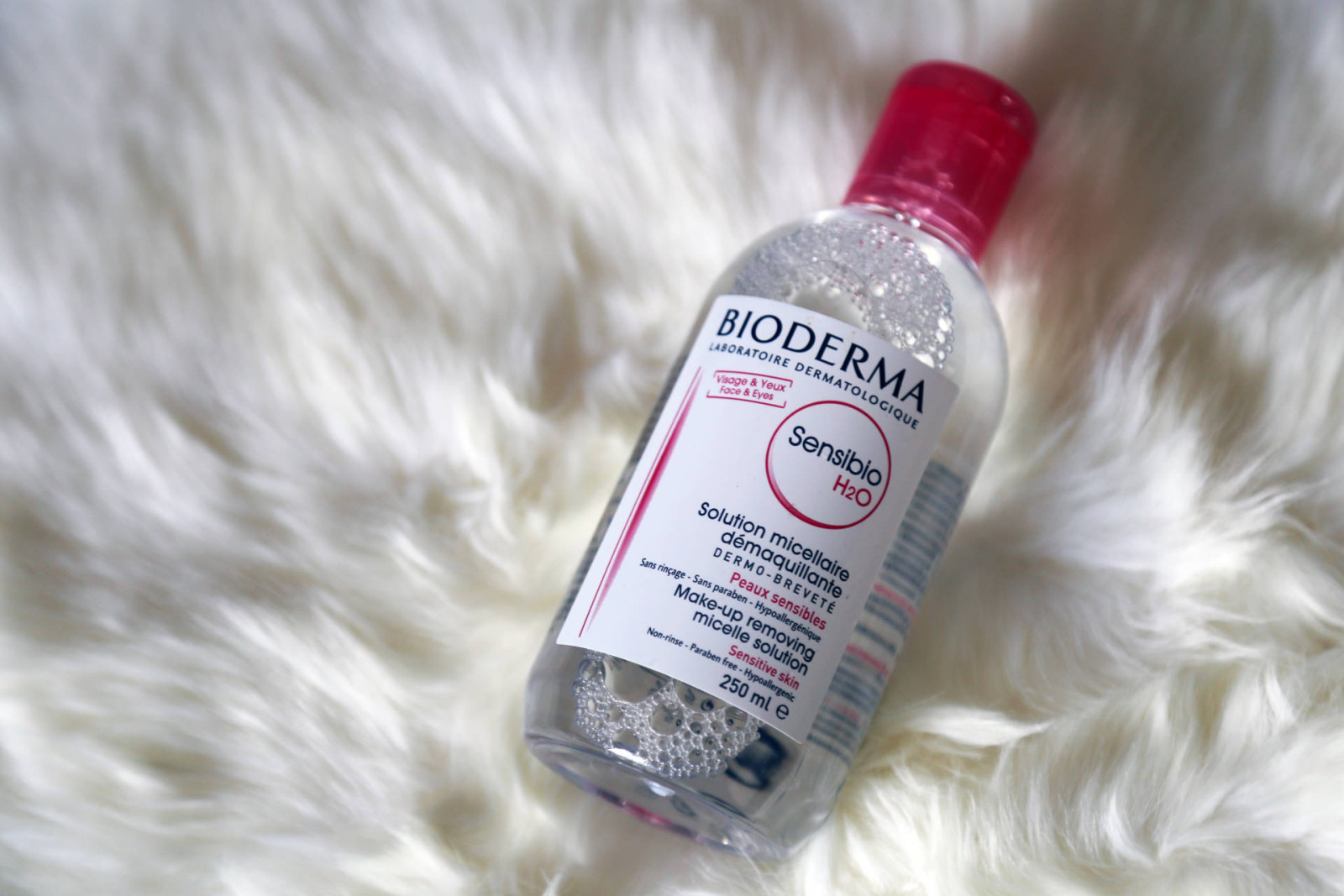 SO many people ask my opinion on cult classic beauty products, so I decided it’s time I start regularly dishing out my opinion on some of the OG beauty products everyone raves over! I do think that there are some that are as stellar as everyone in the blogosphere would have you believe… and others that, well, aren’t.

First up in my “Worth the Hype?” series is the heavily covered and equally coveted Bioderma. If you’ve been living under a rock, Bioderma is one of the most popular brands of micellar water (aka tiny balls of oil cleansing molecules suspended in soft water).

The brand’s popular Sensibio H2O claims to be the 1st and only dermatological micellar water perfectly compatible with the skin: its fatty acid esters, the constituent elements of micelles, are similar to the phospholipids of the skin cell membranes and naturally help rebuild the skin’s hydrolipidic film. Additionally, French women love it and they really know their shit.

So… is it worth the hype? In a word, yes. It dissolves makeup instantly and leaves your skin feeling baby soft and super clean. I have super sensitive skin and have never had an issue with it breaking me out. However, I will say that I use it mostly in place of a makeup remover, at the first step of my cleansing routine, rather than in place of my other skincare products.

Some people prefer to use it as part of a one-and-done skincare routine, but I’m almost 30. My skin has NEEDS. I wear a LOT of makeup and I also am in a weird phase of life where my combination skin includes fighting both acne and wrinkles. Since I need extra weapons in my arsenal, I use it in conjunction with a combo of Jurlique and Image Skincare products. (More on my full routine later!)

Traditional Bioderma freaks would probably smite me for saying that, but I’m just being honest, folks. If you have relatively clear skin and don’t wear a ton of makeup, cleansing with Bioderma only would probably be perfectly fine. Also, I’m very jealous of you. 😉

Have you tried it yet? What are your thoughts? Would love to know if you agree! xoxo